Showing posts from May, 2016
Show all

"Man has much power of discourse which for the most part is vain and false; animals have but little, but it is useful and true, and a small truth is better than a great lie" "...They will hear every kind of animals speak in human language.They will instantaneously run in person in various parts of the world, without motion. They will see the greatest splendour in the midst of darkness. O! marvel of the human race! What madness has led you thus! You will speak with animals of every species and they with you in human speech. You will see yourself fall from great heights without any harm and torrents will accompany you, and will mingle with their rapid course.- Leonardo da Vinci
This blog post is about how I somewhat inadvertently developed a way to translate my birds vocalizations into words and how this methodology could be used as the basis for an animal or interspecies translator. I dont have the programming skills to develop it further but I can present what i've …
Post a Comment
Read more 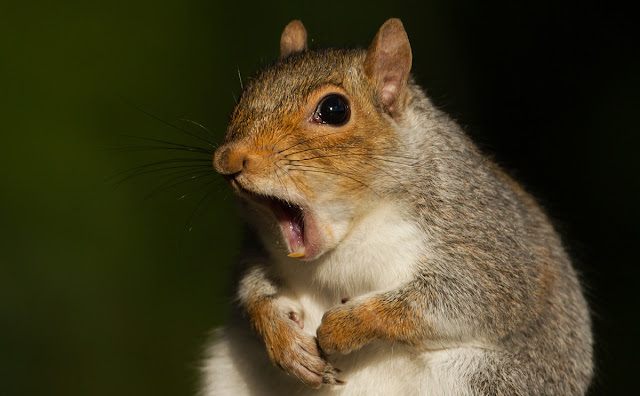 Lonesome Squirrel is a book by Steven Fishman, an (ex-)scientologist, charged with committing some kind of freud allegedly to get a higher ranking in the church. His arrest and subsequent interviews were one of the public's first look into the inner workings of the church of scientology.

There is no denying that Steven was an already very 'interesting' character but let's just say that the church seemed to enhance the more creative aspects to his personality.

I especially liked the part where he programmed his computer to print out messages to make a girl he liked saying it was her dead father. Saying that he would come back as their first son and that she should marry him. Unfortunately this did convince her to marry him but their child was a girl.. after which he told the truth about tricking her and lets just say things go 'down hill" from there. This was before he got into scientology.