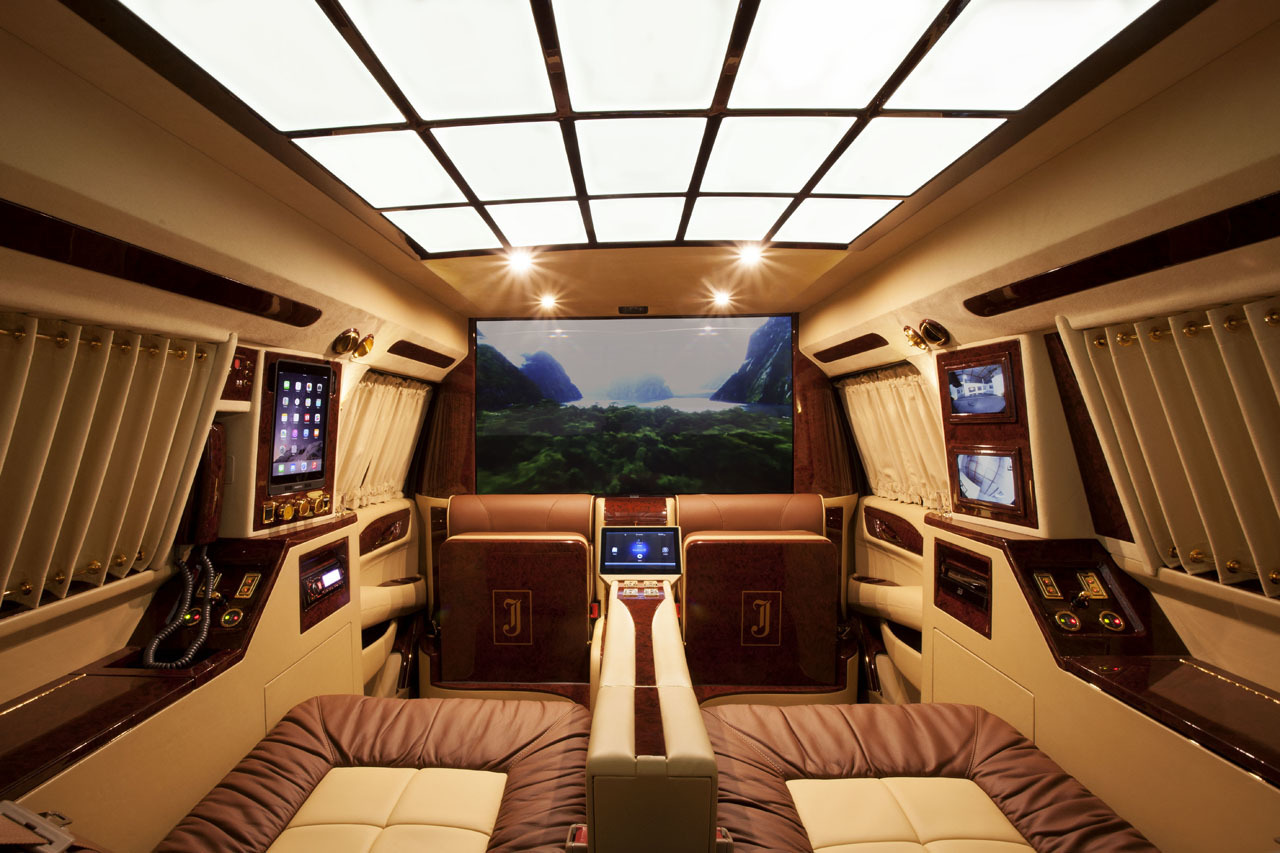 This is in the back of a Cadillac Escalade. Now all it needs is a automated driver.Put in a super HD camera in the front so you could see where it is going and I could live in it.

"Lexani Motorcars has produced the Concept One Curve—the world’s first 2015 Escalade with a built-in 48" 4K Technology Curved Smart TV. The Curve is a revisited version of their latest model, the Concept One, with a television upgrade and electronic rear curtains; it is unmatched in its ability to be a premier theater one minute and a five-star mobile office the next." 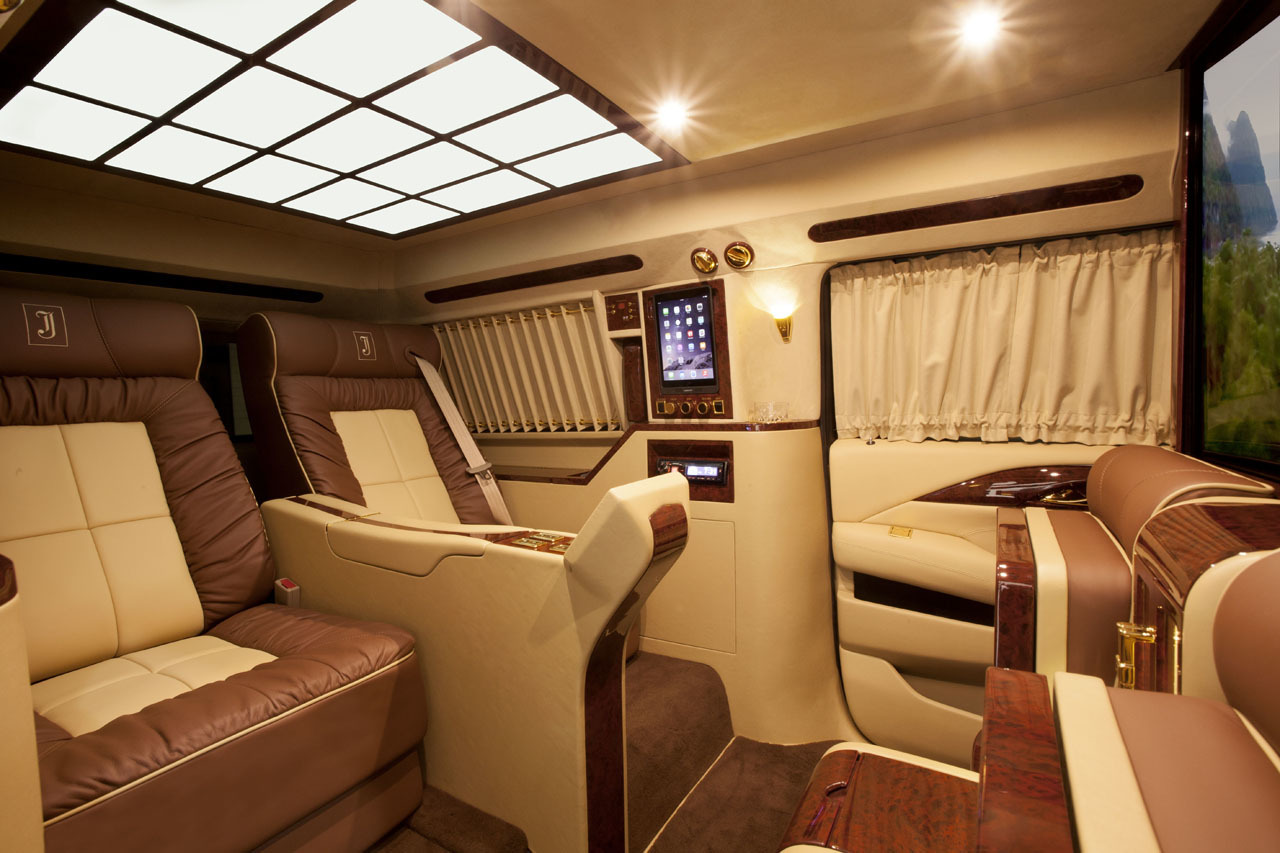 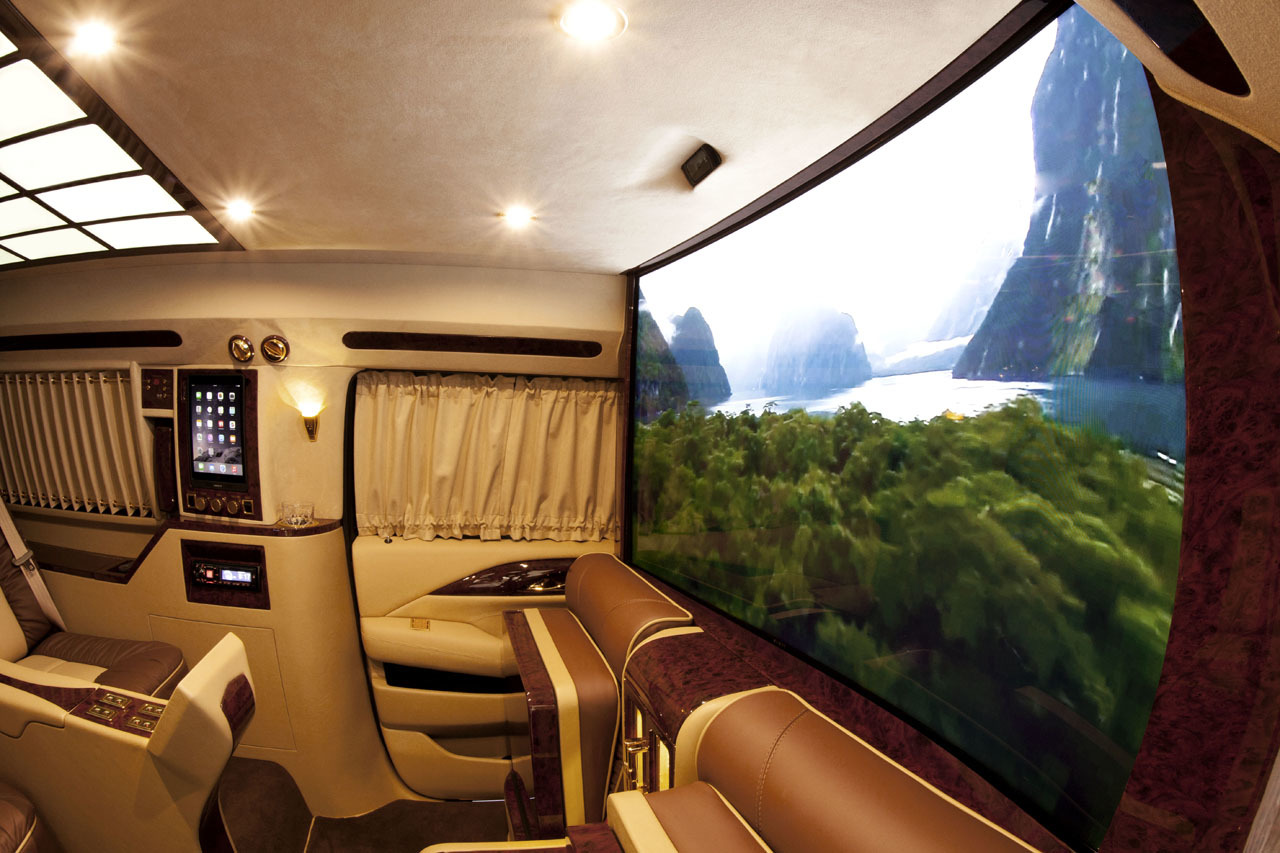 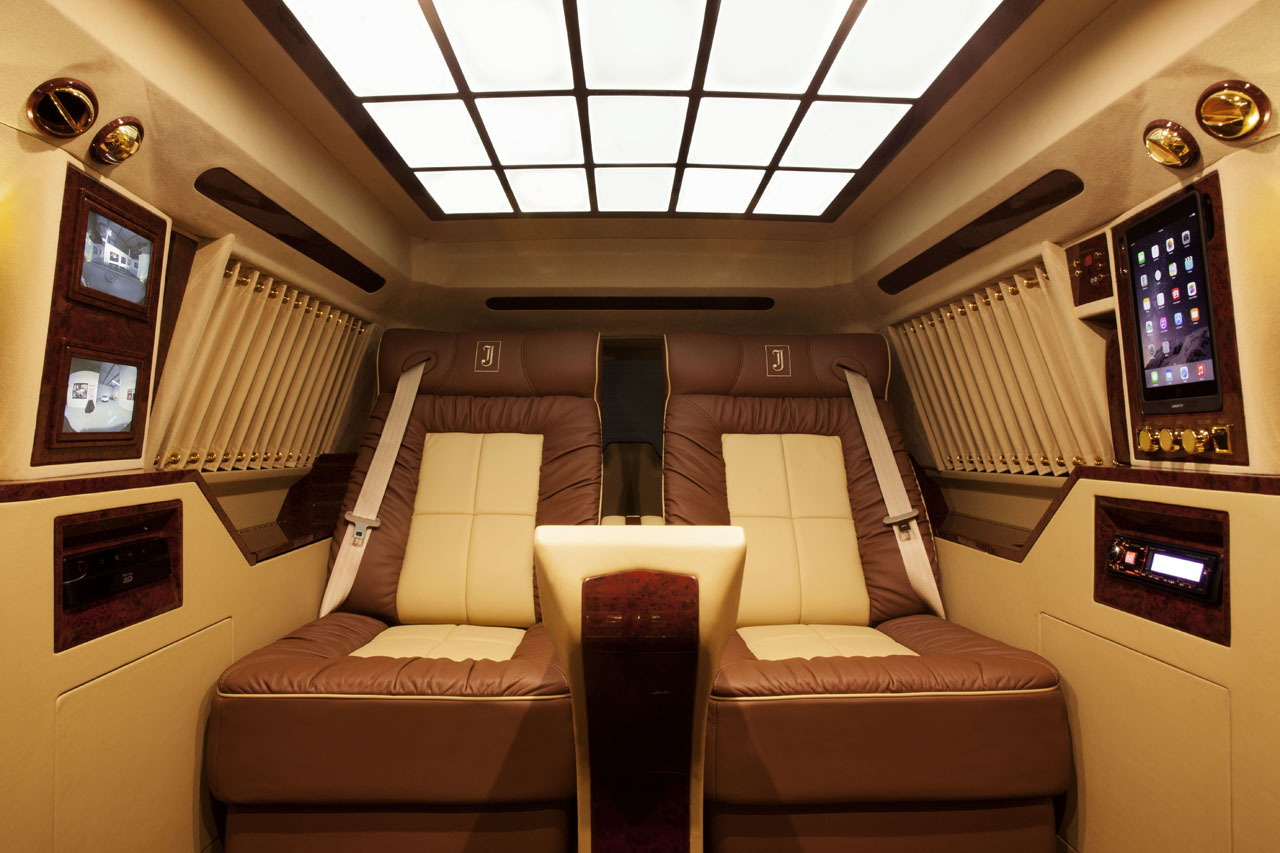 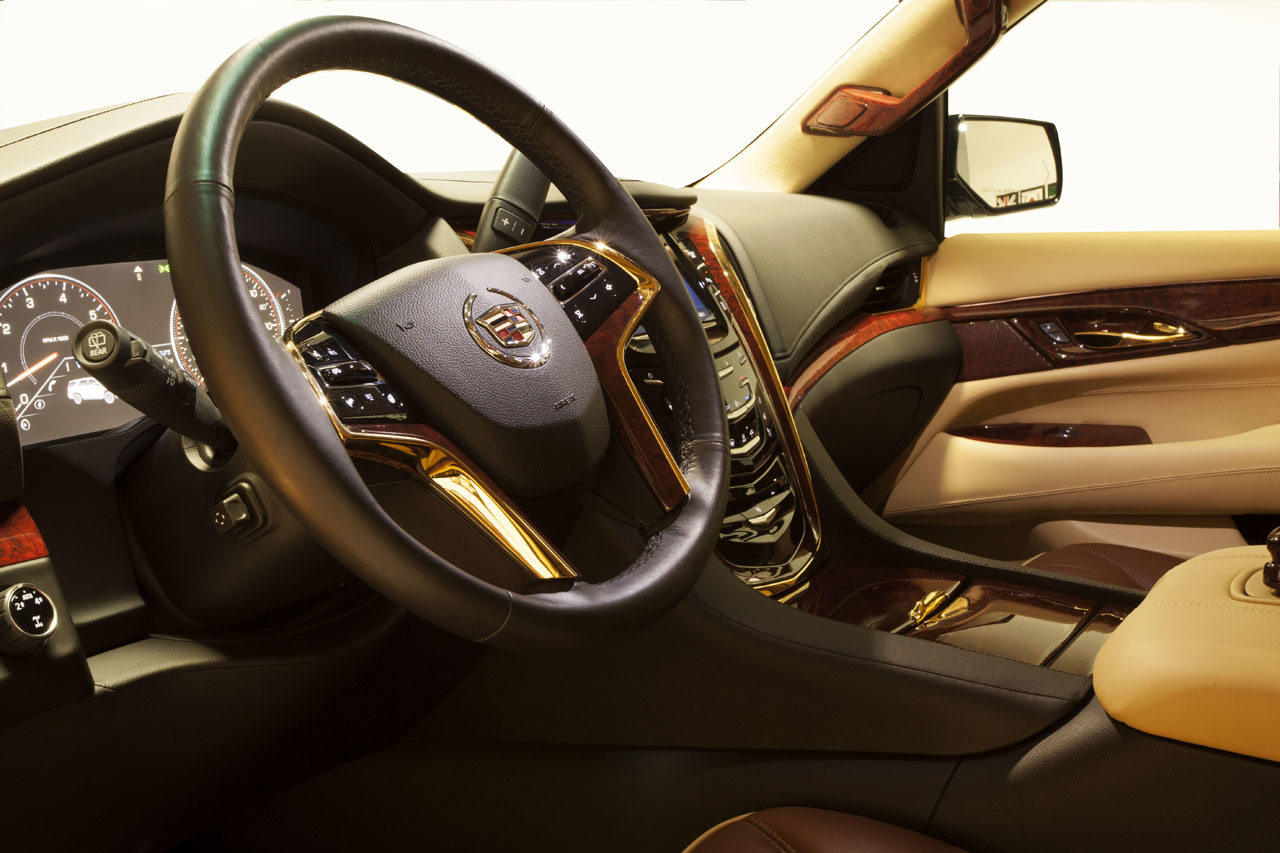 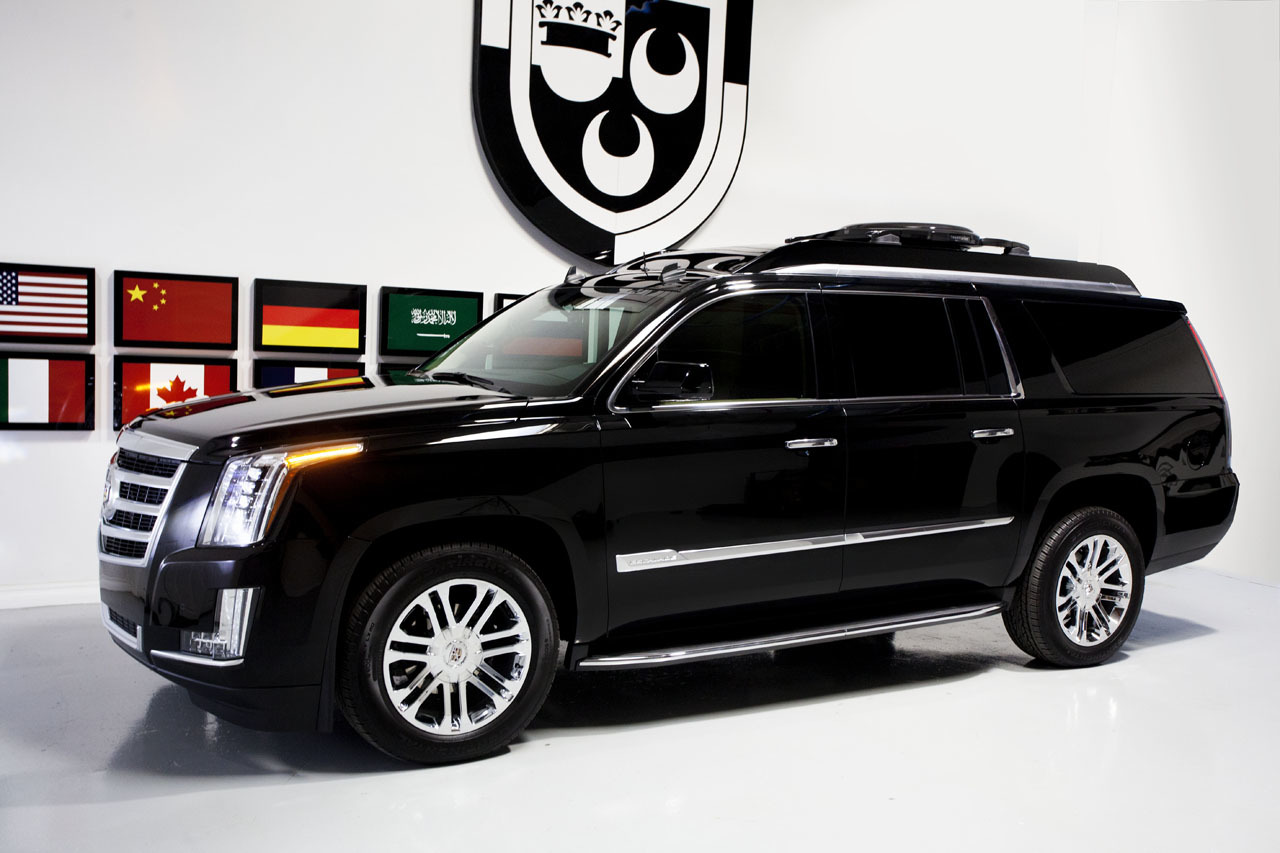