Showing posts from November, 2011
Show all

The Evolution of Anatomy 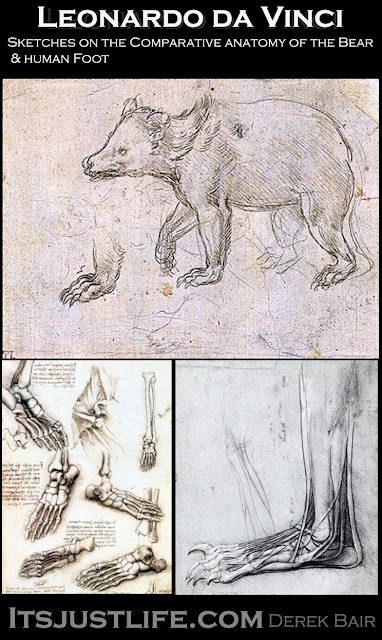 Leonardo was one of the first people to ever document the Human bodies internal anatomy.


His sketches' detail were unrivaled until modern photography and the MRI machine. He dissected over a dozen bodies but also had a fascination with the animal kingdom. Which he also dissected and studied and sketched.
If you understand what I am hinting at - about what Leonardo was hinting at with his sketch of the Bear foot - (lower right hand corner) then you understand why he was only permitted to "hint" and not explain openly. That didn't happen until a couple hundred years later with Darwin.. .


"If you are as you have described yourself the king of the animals — it would be better for you to call yourself king of the beasts since you are the greatest of them all! — why do you not help them so that they may presently be able to give you their young in order to gratify your palate, for the sake of which you have tried to make yourself a tomb for all the animals? Even more…
Post a Comment
Read more

"Leonardo: Painter at the Court of Milan" NEWS 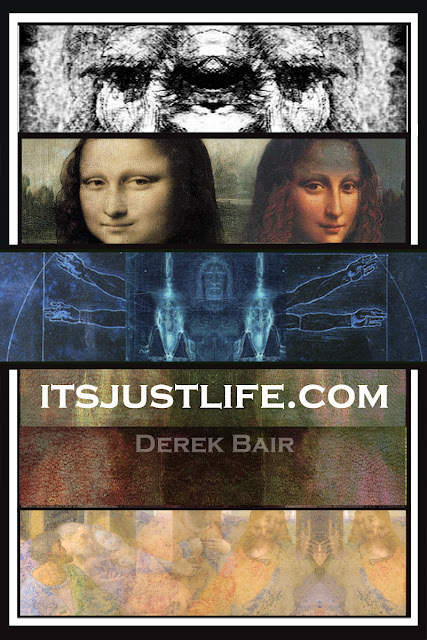 "Leonardo: Painter at the Court of Milan"


London's National Gallery will be exhibiting 9 of 15 known Leonardo da Vinci paintings along with various sketches. This could very well be the first and possibly only time this many of his works of art have been displayed together. Pieces from around the world will be shown November 9-February 5, 2012. It's already nearly sold out with only a couple hundred tickets available at the door.

The top two paintings the Last Supper & Mona Lisa will not be able to attend. The Last Supper being painted on a wall and the Mona Lisa, well, being worth almost a billion dollars isn't worth the risk.

Perhaps the biggest sensation will be the newly authenticated "Christ as Salvator Mundi" which was sold a few years back for only 45 pounds which, since shown to be a Leonardo is now estimated to be worth 200$ Million! The estimated total value of all the works being displayed is over 2 Billion..
An exhibition with the actu…
Post a Comment
Read more 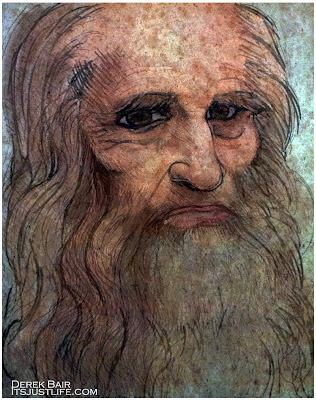 With three different big budgeted movies/tv shows potentially coming out in the next few years featuring Leonardo it shows that da Vinci is only increasing in popularity. Although he was fairly well known in his time he became even more popularized after the Mona Lisa was stolen on 21 August 1911. With the crazy success of Dan Brown's "The Da Vinci Code" Leonardo has been catapulted into a re-freshed Renaissance modern day super star.

Universal pictures recently announced it could be making a Leonardo da Vinci action movie. Described “comedy action-adventure feature.” It could include themes of Leo being a super -hero type character that is trying to prevent the Rennesance from digressing back into the "Dark Ages"

"Variety is reporting that Universal has purchased the Leonardo spec, which was penned by Jonny Kurzman (M.I.High). The project will be produced by Oscar-nominees Lawrence and Charles Gordon, whose joint production credits include the first two …
Post a Comment
Read more 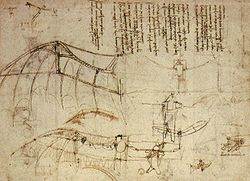 "The great bird will take its first flight;-- on the back of his great swan,--filling the universe with wonders; filling all writingswith his fame and bringing eternal glory to his birthplace." -Leonardo da Vinci

It's unclear if Leonardo was actually able to build and fly one of his "flying machines" but there is no doubt that his ideas and designs would eventually be realized. Like most of Leo's inventions and designs, they were conceived of hundreds of years before anyone one else would. The tank, the parachute, the submarine, the automobile, robots.. there is a surprisingly long list. There is a reason he is considered the g…
Post a Comment
Read more 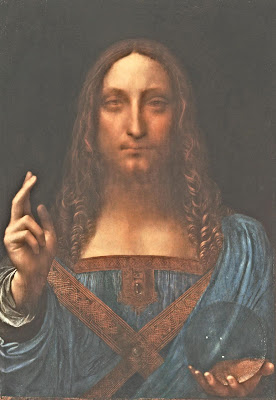 
Earlier this year the art world made an extremely rare discovery: a painting byLeonardo da Vinci. Experts believe only 15 paintings by the artist still exist, including the iconic ‘Mona Lisa’ and ‘The Last Supper’. The newly-discovered work – known as 'Salvator Mundi ' or ‘Saviour of the World’ – depicts the head and shoulders of Christ, and though 500 years old, after cleaning and restoration, is in remarkably good condition."

I'm going to go ahead and agree it's a Leonardo. More coming, soon..
Post a Comment
Read more
More posts