Showing posts from October, 2008
Show all

October 31, 2008
Post a Comment
Read more
October 31, 2008
What are Family Values?
A family living in a house, raising a family, with father and one mother? The "traditional value" to life? That's the best way to raise a child.

But really, and everyone should understand that it doesn't matter the arrangement of sex's in the family. it's the Quality of the parent(s). There could be one kid growing up in a traditional house hold, who's abused and grows up damaged. Then there could be another kid who grows up with just one mom, who is raised "right" and is raised to become great.

Then, there could be another kid raised by two women, who are also great parents, and who raise the kid to be great. The sex's of the parents don't matter. It's not true that same sex parents raise gay kids. In the same way that straight parents always raise straight kids. It's more about who you are, nature, not how you're raised -nurture. 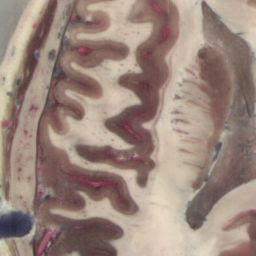 
"Vocal cords were overrated anyway. A new Army grant aims to create email or voice mail and send it by thought alone. No need to type an e-mail, dial a phone or even speak a word.Known as synthetic telepathy, the technology is based on reading electrical activity in the brain using an electroencephalograph, or EEG. Similar technology is being marketed as a way to control video games by thought."I think that this will eventually become just another way of communicating," said Mike D'Zmura, from the University of California, Irvine and the lead scientist on the project."It will take a lot of research, and a lot of time, but there are also a lot of commercial applications, not just military applications," he said.The idea of communicating by thought alone is not a new …
Post a Comment
Read more

i'm trying to learn the guitar, this is hard.

The start of mortality

October 16, 2008
Egypt, pyramid and building show what you can make when you work together, Afterlife- imortal in physical form, more than spiritual. Hyroglivics and life story there to raise, raised king. They literally thought they woudl live again. The pyramid preserves their body, and phyiscal stuff. Waiting for the time they can be revived.


"The child then went on a killing spree, bashing three lizards to death with a rock, including the zoo's beloved, 20-year-old goanna, which he then fed to "Terry," an 11-foot, 440-pound saltwater crocodile, said Neindorf.

The boy also fed several live animals to Terry by throwing them over the two fences surrounding the crocodile's enclosure, at one point climbing over the outer fence to get closer to the giant reptile.

In the footage, the boy's face remains largely blank, Neindorf said, adding: "It was like he was playing a game."

By the time he was done, 13 animals worth around $5,500 had been killed, including a turtle, bearded dragons and thorny devil lizards, Neindorf said. Although none were considered rare, some are difficult to replace, he said.

Dancing with the *'s