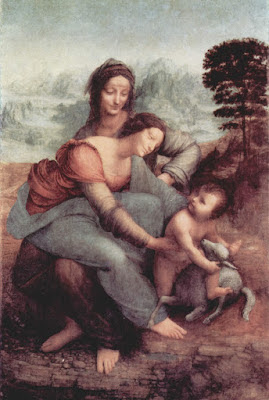 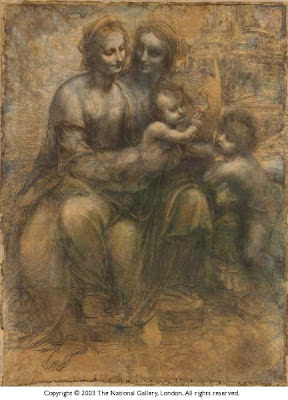 This is something most people might not understand how or why, but it's proof that Da Vinci intended for this drawing to be mirrored on itself and reversed. The image under shows why. The first one is it mirrored directly on itself without being moved. 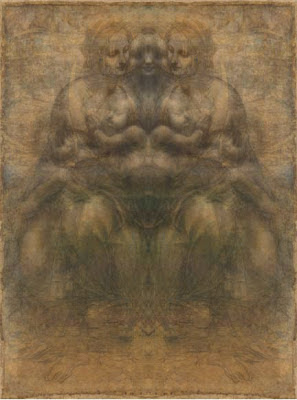 In this one the mirrored (and transparent) copy has been moved over slightly. Those aren't the same faces, those are two different faces that combine perfectly when mirrored on each other. You''ll notice in the original there are TWO women and TWO different faces. When mirrored on it's self there should be FOUR - right? Where did the second, darker face go? - it combined with the other one! That means that although they dont look like it they are mirror images of each other. This couldn't happen unless it was designed to do this. Like I said you would have to understand how unlikely it would be for this to happen without there being intention behind it. 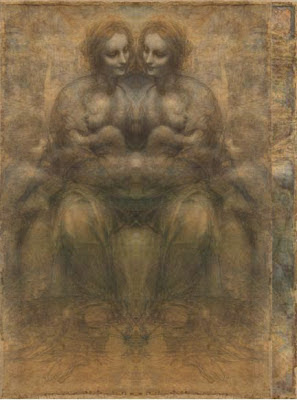 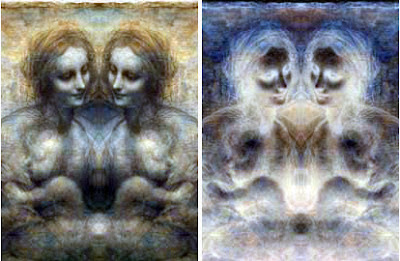