This page has links to all the other major sections of Discoveringdavinci.com

This blog post will be used to showcase the latest updates from all our sites. New Introductory text:

The aim of Discovering Da Vinci is to become the destination for everything about and by Leonardo da Vinci. It's going to compile all of his notebooks, sketches, paintings, and other written works in one place that is easily accessible to everyone. It will eventually bring all the varied subjects covered in his notebooks up-to-date with new content and modern technologies.

"Discovering da Vinci" started as an evolution of my book "Discovering Da Vinci's Daughter" that I have been working on for almost 8 years now. Over that time I incidentally accumulated a lot of images, pieces of information, quotes, books, etc about Leonardo and the associated subjects. This site slowly melded away from a place mainly to post what I was working on for my book …
2 comments
Read more

How to stop being addicted


This post is actually getting some views so i'm going to be updating it. I wrote most of it in a couple sittings a couple years ago. I had just figured out or at least accepted the real 'nature of addiction' and it started to work for me. That made me want to share it.

There was this desperate and excited energy which may make for a strained read - but also kinda fits in with the subject matter. It's also a little repetitive but that's because it may take hearing the same thing said 10 different ways before it clicks. If you already understood it enough you wouldn't need to read it! This is also something I come back to and re-read when I need a reminder.

I can say that in the years since I wrote this that i've been doing better than ever and the information is valid. It works.

You're not an addict, you're a person addicted to an addictive substance. If you think it's more complicated th…
Post a Comment
Read more

Doubts on the Deluge 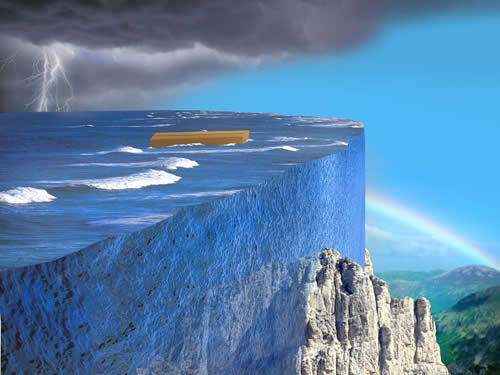 "Sea is the name given to that water which is wide and deep, in which the waters have not much motion." - Leonardo da Vinci

"DOUBT
Here a doubt arises, and that is as to whether the Flood which came  in the time of Noah was universal or not, and this would seem not to  have been the case for the reasons which will now be given. We have it  in the Bible that the said Flood was caused by forty days and forty  nights of continuous and universal rain, and that this rain rose ten  cubits above the highest mountain in the world. But consequently if it  had been the case that the rain was universal it would have formed in  itself a covering around our globe which is spherical in shape; and a  sphere has every part of its circumference equally distant from its  centre, and therefore on the sphere of water finding itself in the afore-  said condition, it becomes impossible for the w…
Post a Comment
Read more

"Man has much power of discourse which for the most part is vain and false; animals have but little, but it is useful and true, and a small truth is better than a great lie" "...They will hear every kind of animals speak in human language.They will instantaneously run in person in various parts of the world, without motion. They will see the greatest splendour in the midst of darkness. O! marvel of the human race! What madness has led you thus! You will speak with animals of every species and they with you in human speech. You will see yourself fall from great heights without any harm and torrents will accompany you, and will mingle with their rapid course.- Leonardo da Vinci
This blog post is about how I somewhat inadvertently developed a way to translate my birds vocalizations into words and how this methodology could be used as the basis for an animal or interspecies translator. I dont have the programming skills to develop it further but I can present what i've …
Post a Comment
Read more
More posts